Are you looking for the best exterior shutters to meet your needs?

Step One: Decide which material will be best for your needs and budget!

You have found an excellent site to purchase your exterior shutters from since we sell every one of the following shutters that are mentioned and will ship them directly to you. Larson Shutter has a huge selection of exterior shutters, styles, and materials however the first question you will need to answer is, what material will best meet my needs? There are four basic materials that exterior shutters come in and each has its advantage depending on what is most important to you.

Step Two: Make your choice on which basic shutter style will meet your aesthetic or functional goals!

The first question dealt with the type of material you will use and relates to the cost and length of time your shutters will last. This second step is an aesthetic choice and will deal with the style of your shutters. Of course this step can be influenced by the historic architectural style of your house along with simply what style of exterior shutters that appeal to your taste. Below are the basic styles of shutters available, however we have many variations on each of the styles listed. 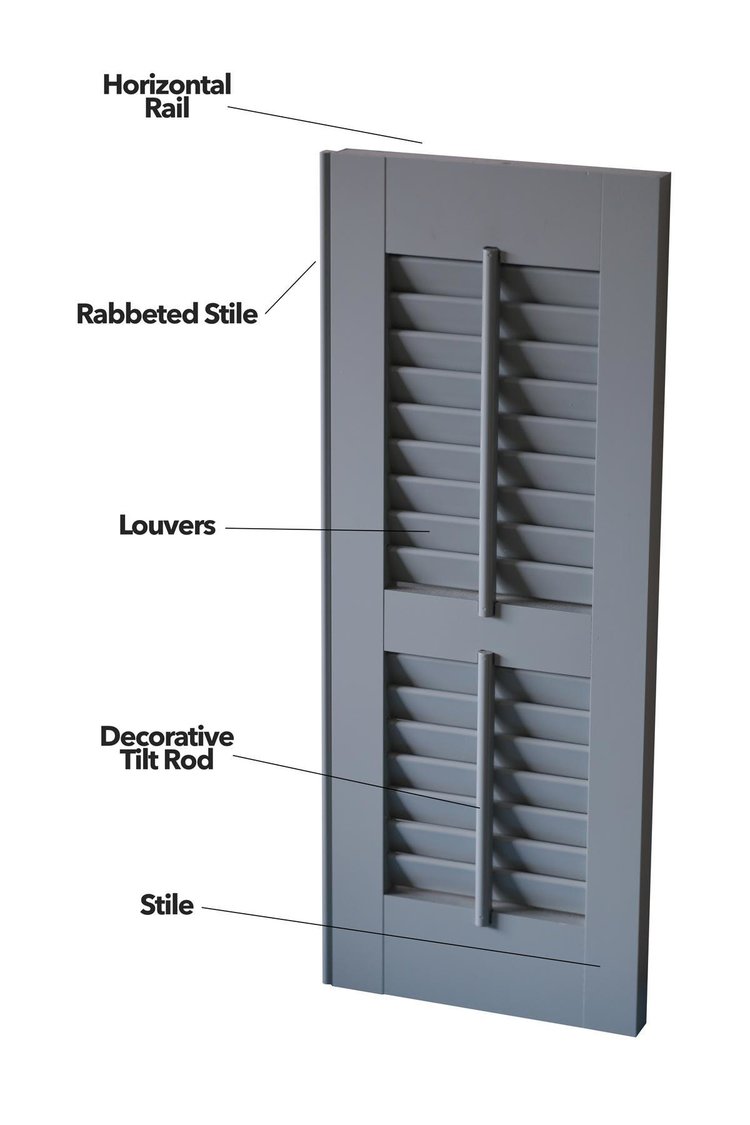 We will be adding to this page in the future and provide more information about each of the choices you have regarding shutter material and styles.
Copyright © 2023 Larson Shutter Company.

This is not live help. For immediate assistance call 800.675.6555 during business hours.

Enter your question or issue in the text box below.